Cuizin is a tool wrapping around Web Outside Of Browsers to help you sort and organize recipes you find online. You can also manually add new recipes. 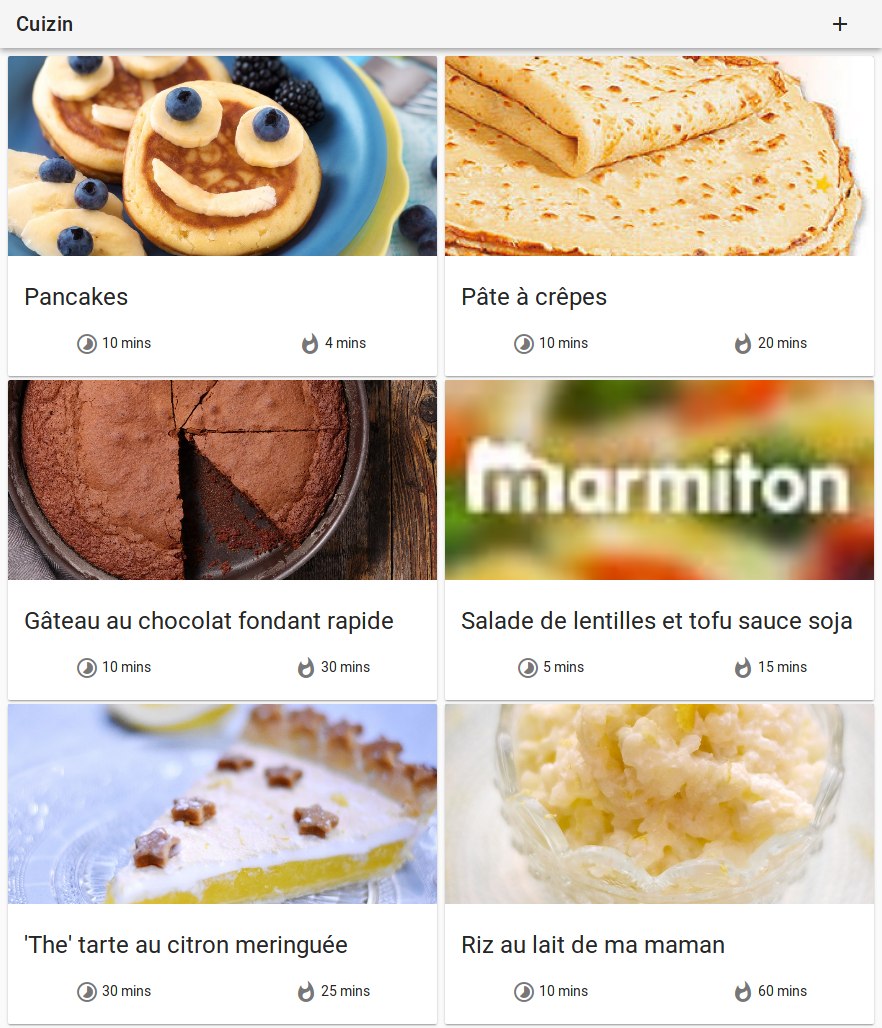 Cuizin requires Python 3 and may not be compatible with Python 2.

Ideally, Python dependencies should be installed in a virtual environment.

If you serve the app from a subdirectory (and not the root of your domain), you might want to run URL_PREFIX=/subdir/ npm run build instead of npm run build to use the correct path to call the API. Note that the trailing slash is important.

Run python -m cuizin to run the built-in webserver. Conversely, you can use WSGI to serve the application directly (application variable is exported in cuizin/__main__.py).

You can customize the behavior of the app by passing environment variables:

If you serve the app with a reverse proxy, you should serve the content of cuizin/dist (static frontend files) directly, without passing it down to the Bottle webserver.

All contributions are welcome, feel free to open a MR. Just in case, if you plan on working on some major new feature, please open an issue before to get some feedbacks.

This software is released under an MIT License.